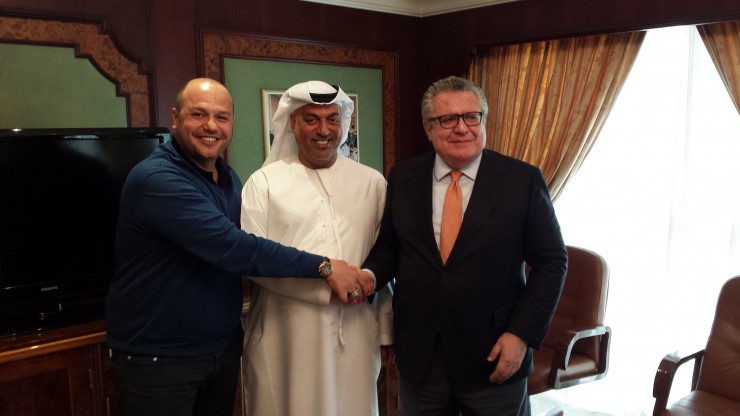 TerniEnergia, a company active in the renewable energy fields, energy efficiency and waste management, listed on Star Segment of Borsa Italiana, has signed in Abu Dhabi a joint venture agreement for the establishment of a NewCo with Khalid Al Hamed Group LLC Dubai, represented by the Chairman and CEO Sheikh Khalid Bin Ahmed Al Hamed.

In particular, TerniEnergia has signed a binding and immediately operative agreement between the parties, that provides for the establishment of a company named TerniEnergia Gulf LLC, based in Abu Dhabi, which is 51% owned by Khalid Al Hamed Group LLC and 49% by TerniEnergia, which will operate in the Middle East and the Gulf Cooperation Council (GCC).

The Chairman and CEO of TerniEnergia, Stefano Neri, stated:

We are extremely pleased of the choice made by Al Hamed Group in the direction of creating a strong partnership with our industrial group, which will bring in the Gulf countries and in the Middle East the know how and the experience gained at international level in the field of green economy. The signing of this agreement establishes a further step in the internationalization process of TerniEnergia, after development in Europe and South Africa, with a perspective of rapid expansion in the Middle East and the GCC countries. We believe that this strategic alliance, which will quickly establish TerniEnergia Gulf LCC and within the current year the start of the first sites, may represent a milestone of great scope for the growth of the Group, thanks to the strong partnership with an international standing and great financial strength firm like Al Hamed Group.

The business model identified by TerniEnergia and Al Hamed Group is aimed at developing the engineering, design, construction and operation of facilities and plants for the production of energy from renewable sources, for energy recovery from waste and for the value chain of recovery of materials, particularly from end of life tires. In regard to the latter activity, is expected to start for a first site for the construction of an important initiative in the Gulf already by 2014.

The strategic partnership between the two Groups, will see Khalid Al Hamed Group LLC engaged primarily in the management of relationships with government authorities in the area, in facilitating the authorization processes, in the acquisition of requirements and support in negotiations with financial partners and with the banking institutions to support the business development, and TerniEnergia with responsibility for management of the operational activities and the industrial sites. Through this management model, the parties aim to combine and enhance the know-how and technological expertise in the field of renewable energy and waste management of TerniEnergia with the financial capacity and business development skills of Al Hamed Group, allowing a TerniEnergia Gulf rapid growth process.